Character creation is quite an important element at the beginning of the game, there are 8 races to choose from, and these, depending on the choice, offer positive or negative statistics. In addition, there are also classes - currently there are 9 classes in the game, each of which has unique features and capabilities.

In the table below you can check stats depending on chosen race.

The choice of the class is one of the most important things in the game since it cannot be changed afterwards.

The table below shows the amount of gold needed to upgrade a attribute by another point. It concerns the basic points of a given statistic, and the base stats are also omitted due to the chosen class / race of the character. For example, if you start the game with 15 agility points, the cost of upgrading to 16 points is 0.25

The table below shows the amount of experience needed to reach the next level.

The following list shows the different game elements that can be unlocked from a given character level:

When your character reaches level 50, you get the chance to receive Magic Mirror shards from missions. Collecting all 13 mirror fragments is quite important because you get a mirror image of our character which gives the possibility to fight in the arena or in the dungeons during the mission or city guard. 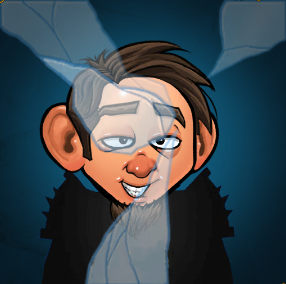 Companions are 3 additional characters that help you fight in the Tower and in the Shadow World (except for Tornado). Their level increases with the level of main character.They can be armed with items in the same way as the main character, but remember that the witch's enchantments do not work when companion wears enchanted item. Each of the companion has their own profession, Mark is a mage, Kunigunda is a Scout and Bert is a Warrior.

The chest is an extension of the backpack, so it gives even more space for items. The chest will be unlocked after upgrading the Treasure in Fortress to level 16, that gives 1st slot in the chest, and each subsequent level of the Treasury is an additional chest slot. To open the chest, click its button in the upper right corner of character's avatar.

A mannequin is an item that can be purchased in the weapon shop, provided that you have at least 1000 runes in the arena manager. After buying mannequin, it activates automatically, and gives a lot of space for an additional so-called "set" that can be swapped by clicking the button in the upper left corner. This is a nice feature thanks to which you can quickly equip items with runes, e.g. that increase the amount of XP gained. 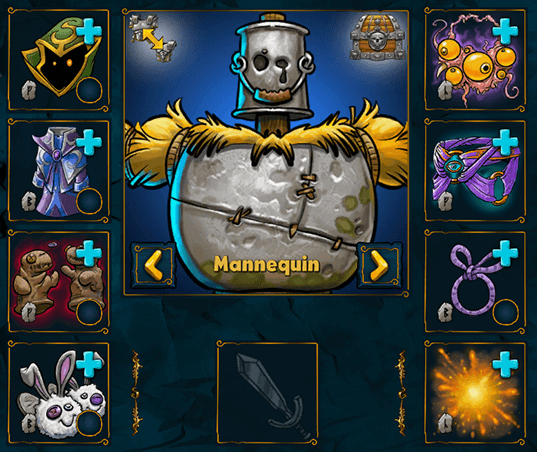 Golden frame of character's portrait is something for prestigious people. It cost whole 1000

but it changes just regular frame of your portrait to golden one, but it doesn't change anything else so think twice before making purchase. To be able to buy golden frame, one must first collect 1000

first, and then go to the city view, there there will be an envoy who offers to buy a golden frame.